Tatters of the King – Session 2 – the Strange Power of Words

With a few days to kill before the mysterious Dr Highsmith arrives in London the party took some decisive action and decided, against all role-playing rules, to spilt up !

Alexis Royale and Colorado Kane decided upon visiting some of the less salubrious drinking establishments of the East-End in the hope of ‘recruiting’ a cat burglar. Their aim – to get hold of a copy of the rare and valuable King in Yellow

Finding a suitable den of alcohol, smoke and vicious looking thugs things almost took a turn for the worse as the not-so-streetwise Kane stated ‘we are looking for a thief to nick something for us’ and was quickly ejected as being an undercover cop. Fortunately a certain Finnegan the Cat had heard the conversation and readily offered his services for a modest fee. 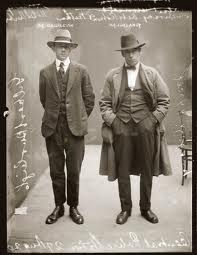 Merryweather and Beecham travelled to Oxford to meet up with Merryweather’s old College Professor. Showing him the script from the play Carcosa resulted in some startling occurences. It was also learned that some university students had formed their own cult and had allegedly been dabbling in the occult.

‘The Golden Dawn’ was led by the student Stephen Atkinson and met regularly at a local public house.

meanwhile back in London Royale and Kane gave detailed instructions as to the whereabouts of the book they wished Finnegan to steal – a safe in a well guarded antiques shop. 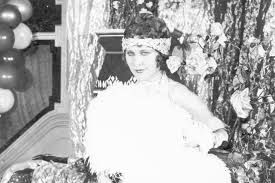 When the allocated time to meet Finnegan with the book came and went it was decided that Kane return to the antiques shop. Finding the doors open and locks picked it was evident that Finnegan had done his job. However curiosity had got the better of The Cat (ahem) and he was found bent over the opened King in Yellow, slaver running down his jaws and grinning inanely. Kane subsequently knocked him out, closed the book and slipped into the night.

Back in Oxford things went from bad to worse. The professor’s assistant, having attempted to copy the script from the play by hand had gone insane and began to smash up his master’s study. The police were called and he was quickly sectioned

Stephen Atkinson and his cult were tailed to a small village and followed up a small hill-side and into a farm field. Here, in the dead of the night, a ghoul was summoned by the students successfully. In their inexperience they failed to realise that such things need to be bound and so much ripping of flesh and tearing of limbs commenced before it was gunned to the ground by Merryweather, who in turn had been abandoned by Beecham who fled for his life.

About the Author
Member of the club since 2011. Started roleplaying and gaming back in 1981 although I can trace a love of boardgaming back to my early childhood. My favourite rpg's are Cthulhu, D&D, Runequest and Traveller. Favourite boardgames (at the moment) are Eldritch Horror, Battlestar Galactica and Twilight Struggle. My boardgame collection borders on 120 games (all rammed in the loft). I have been married to my loveley wife, Sandra, since 1991 and luckily she understands my hobby (or thinks I am clinically insane).
Social Share
One Comment