by Barry Fee
sci-fi, Star Wars
Comments are off

The Rebel fleet blinks out of hyperspace to find itself confronted by a mass of Imperial Star Destroyers and a rapidly approaching swarm of TIE fighters. Stunned Rebel officers stare at their screens in consternation.  Admiral Ackbar swivels round in his chair, eyes
bulging. “It’s a trap!” he yells hoarsely… 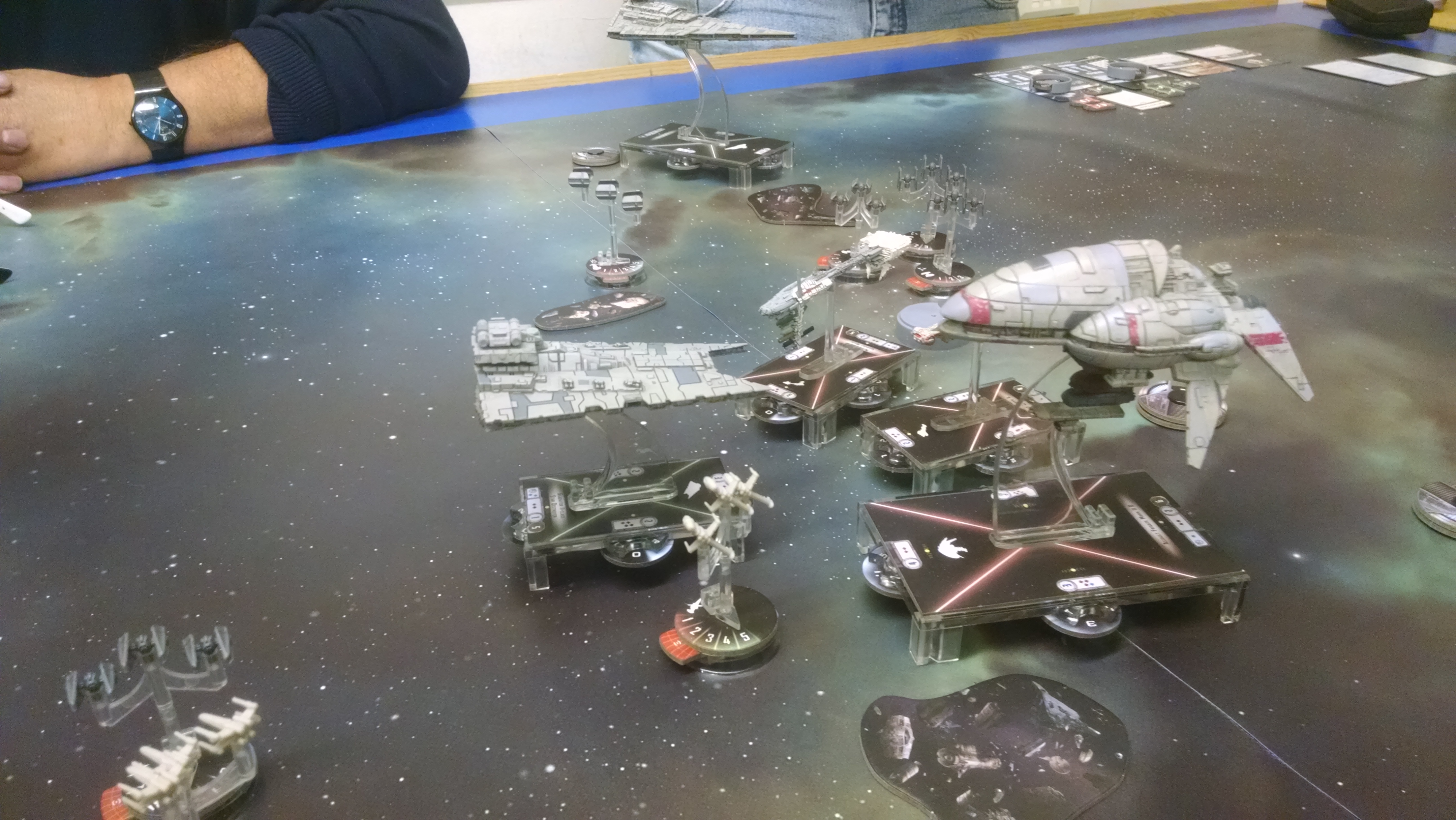 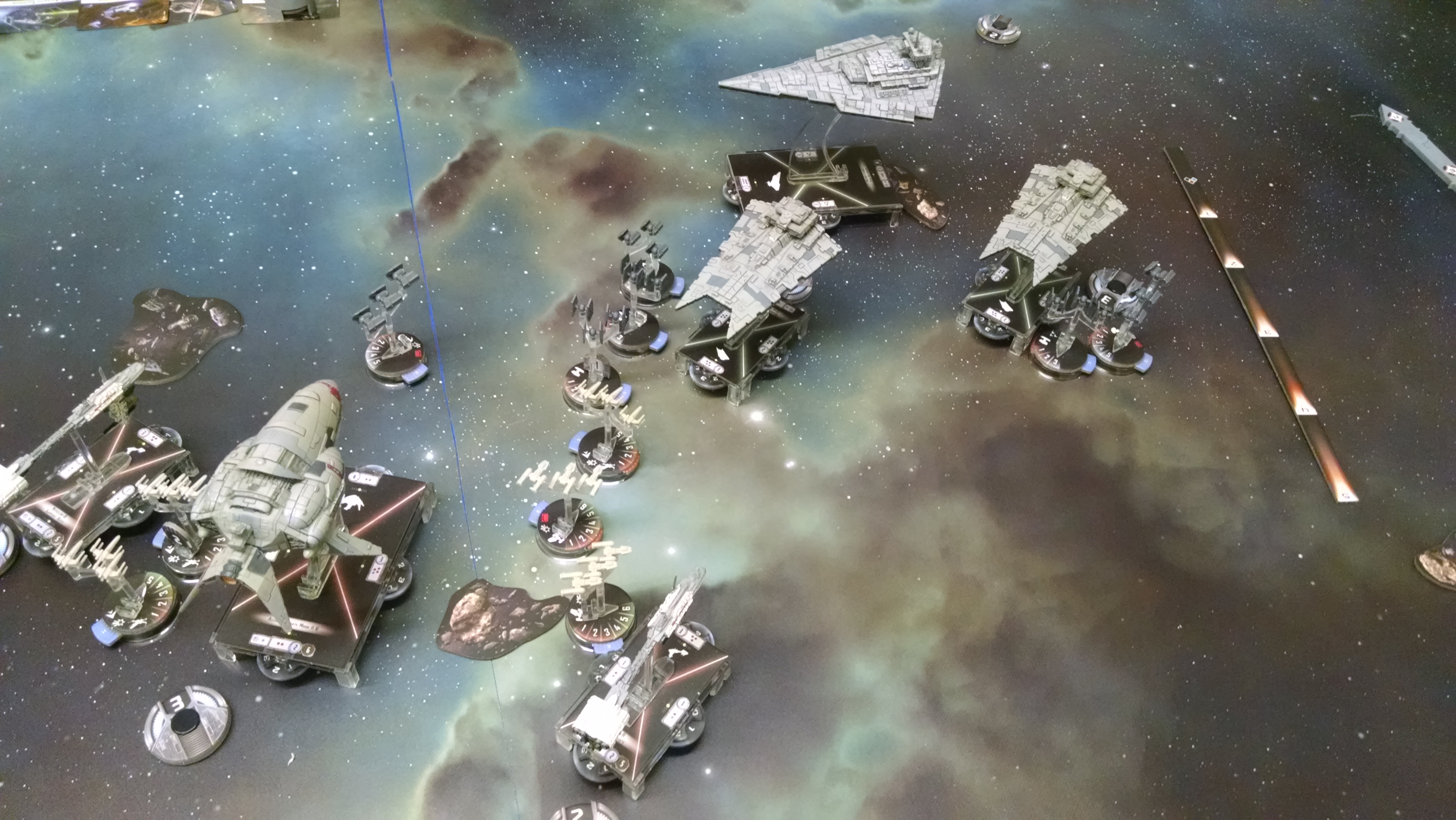 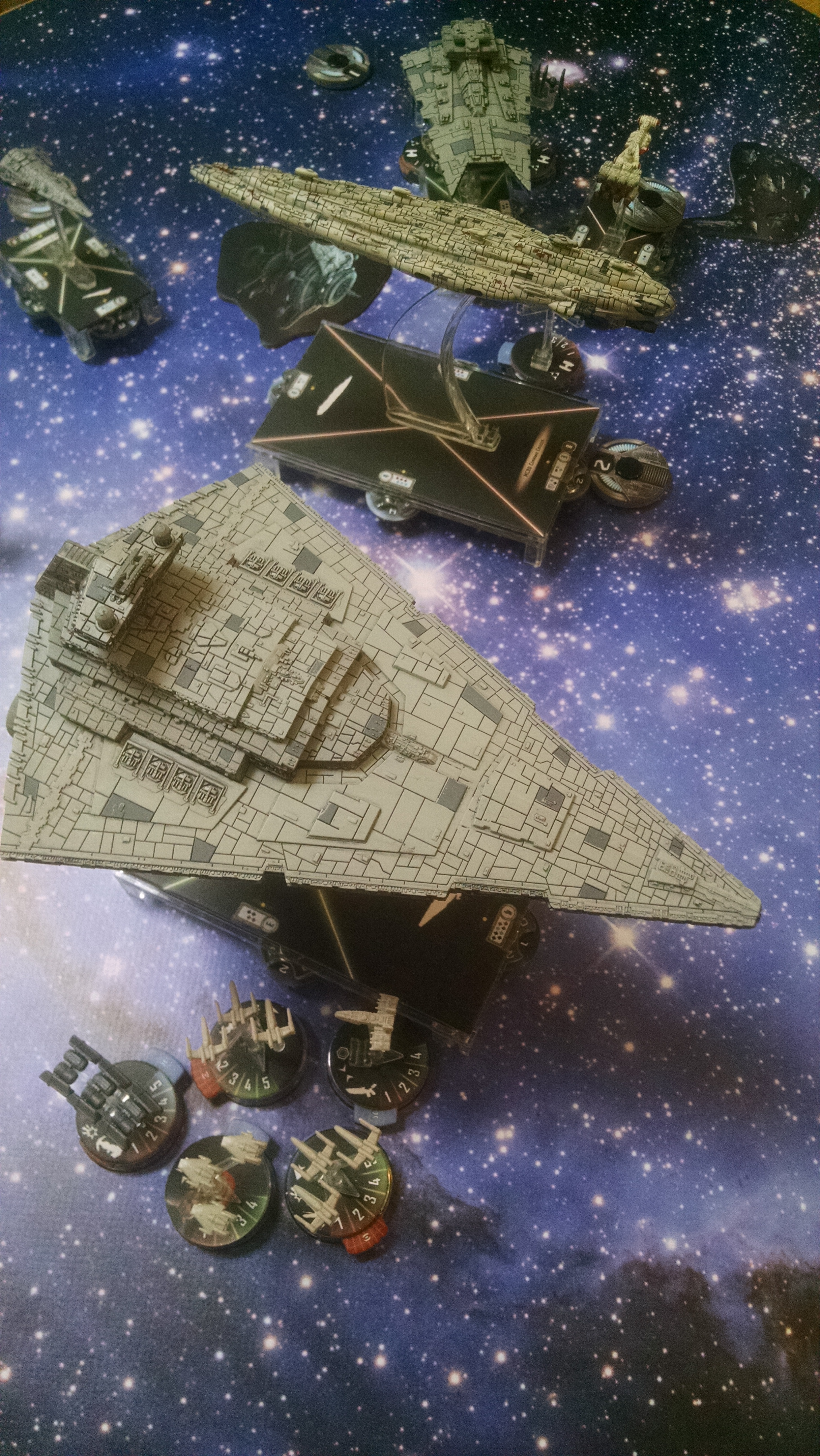 Star Wars Armada is the closest you can get to re-creating this moment on a game table, thanks
to Fantasy Flight Games who have have produced a convincing fleet-level Star Wars game with rather nice pre-painted spaceship miniatures and rules that are easy to pick up (ask my 10-year old son).

The heart of the game is a ‘hidden order’ system, where a command dial can be set to prioritise ONE of four ship functions (firepower, maneuverability, fighter squadron control or defense/repair) for a game turn. Small ships have a single dial, larger ships have two or three dials which are stacked and resolved in order, forcing you to plan ahead and giving the game a ‘big ship’ feel. Each ship has four hull zones (= miniature base sides), each zone has it’s own weapons and a shield dial. Damage is dished out using colour-coded dice for long, medium and short-ranged weapons, the target ship can then apply various defensive tokens (Evade, Brace e.t.c) that limit damage and are flipped or discarded as they are used up. Ship movement is controlled by a jointed plastic guide, nimble corvettes get more ‘clicks’ at each joint of the guide than lumbering Star Destroyers. Fighter squadrons (and small ships like the Millenium Falcon or Slave 1) are shown as small stands with a damage dial. When activated by a command they can get to work vapourising enemy fighters or putting the knife in to crippled capital
ships, otherwise they are limited to keeping up with their fleet and taking pot-shots.

As with its sister game X-Wing Miniatures, FFG have given Star Wars Armada a whole world of ‘power-up’ cards including ship upgrades,  specialist crew units and commanders. Adding a few of these gives a bit more depth to the game, but (as with X-wing) too many ‘extras’ bogs down play in rule-checking. Other minor gripes are that the ‘overlapping ship’ rules make ramming a bit too tempting and there are no rules for launching or recovering fighters from ships. However, with the Wave 2 ships just released (and more hopefully in the pipeline), this game offers a lot to any would-be starship admiral. Yes, it’s a trap. But I don’t mind.