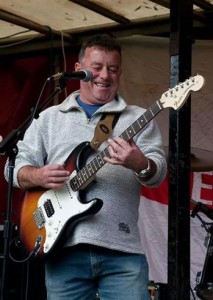 It is with great Sadness that I am tasked with announcing the recent passing of one of the founding members of the St Helens Wargames Society/Club.

Phil succumbed to Septicemia brought on by an adverse reaction to Chemotherapy he was undgoing to control his recently diagnosed throat cancer.

Phil Pinder was a cracking guy, funny and interesting, one of the first members who in fact started our club back in 1976 when he and Graham Spencer, who some of you may know, met one day in Toy and Hobby, on Church street St Helens. The Club if thats what it could be called followed their chance meeting and started its meetings above a butchers shop on Westfield Street. Phil and Graham struck up a friendship that lasted decades and only lost regular touch when distance and changing interests drew them apart. Phil was our first club treasurer and secretarty and setup our bank arrangement that are still in place today.

Phil’s love for his Napoleonic figures led him to become a great figure painter, and font of historical knowledge. That said his stories of “When I was in Nam” could not be called historically accurate, both in terms of american historical record and the fact that the closest Phil ever got to “Nam” was painting 15mm Peter Pig figures and plastic helicopters! His hilarious stories though often ended with him offering to show the auduance his “Bullet Wound“, a fateful mistake made by a number of younger less wiser members.

Phil took me to my first ever convention back in 1982 Tripples I believe it was, in Sheffield. We spent the whole journey talking about wargaming, figure painting and collecting in general. He talked freely about the English Civil War one moment, then the mistakes of Napoleon the next. He stoked a fire in me that has never left, I loved his enthusiasm for the hobby and the jovial way in which he told his stories.

Phils second biggest love was his music, both from the standpoint of listening to it as well as playing in a band. When the club moved premises to Ashton, Phil decided to take a break from club gaming and concentrate on his guitar playing. His presance in the club was missed immediatly, that said Phil was never too far away, He was always a familiar face at our Phalanx conventions, and the drinks in the pub afterwards. with a few beers down him he always threatened to come back and join, and in my heart I knew he always wanted to rejoin our hobby but distractions of home life and the band kept him away.

Phil was a great personality and a lovely chap he will be missed by me and I am sure a great number of other gamers and music lovers, Our condolances go out to his wife Carol and his two daughters Donna and Catherine

This will then be followed by drinks, food and a celebration of my dad`s life at St Patrick`s Social Centre, 111 Common Road, Newton-Le-Willows, WA12 9JH.

Everyone who knew and loved my dad are welcome and please spread the details to all who you think may like to attend.

Rather than flowers, we would love if people could make a small donation to Marie Curie Cancer Care instead via the Just Giving page:

About the Author
I was born in 1965, I have been a member of the Club since 1982. I play mainly boardgames and Role Playing games but I also love Ancient and Medieval games. I started gaming when I was old enough to stand an Airfix Soldier up on my parents carpet. I moved up to Model Making kits and eventually found Donald Featherstone wargame rules at the local library, since then my life has always included gaming, be it online or social face to face gaming at the club.
Social Share
3 Comments