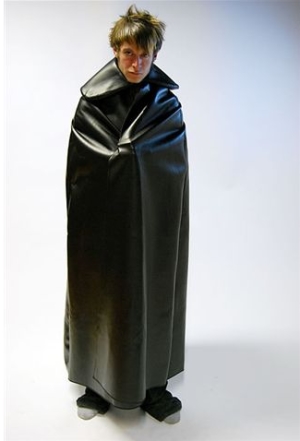 This cloak appears to be made of leather until the wearer enters salt water. At that time the cloak of the manta ray adheres to the individual, and he appears nearly identical to a manta-ray—there is only a 10% chance that someone seeing the wearer will know he isn’t a manta ray.The wearer can breathe underwater and has a movement rate of 18, like a manta ray (see the Monstrous Compendium).

The wearer also has an Armor Class of at least six, that of a manta ray. Other magical protections or magical armor can improve that armor value.Although the cloak does not enable the wearer to bite opponents as a manta ray does, the garment has a tail spine which can be used to strike at opponents behind him. The spine inflicts 1d6 points of damage, and there is no chance of stunning. This attack can be used in addition to other sorts, for the wearer can release his arms from the cloak without sacrificing underwater movement if so desired.