by Barry Fee
call of cthulhu, fantasy, Role Playing
Comments are off 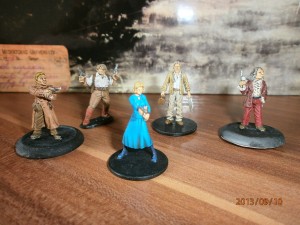 London, October 18th 1928. A wet capitol sits under a gloomy sky whilst a strange atmosphere taints the populace.

A group of socialites and colleagues gather to watch an amateur performance of a new play at the Scala Theatre. In fact it is the very first time this play, Carcosa, is to be performed on any stage.

With open minds Thomas Windsor, St John Merryweather, Gordon Beecham, Alexis Royale and Colorado Kane (see picture top left) sat through the opening acts. By scene 3 a tension hung in the air, sobs came from some quarters of the audience, outrage from others and yet something compelled everyone to keep watching.

Each of the characters interpreted something different for each of the scenes yet, throughout, a masked stranger was prominent in their minds. Then came the climax of the first half – the showing of a yellow symbol painted on the stranger’s hands; 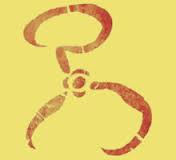 At the climax of the play a riot erupted- people seemed to completely lose their minds- some ran screaming from the theatre, some stared mutely at the stage, whilst others seemed to be be filled with rage and blood-lust and set about savagely attacking those about them – Gordon Beecham being one. Alexis Royale’s formidable hand-bag was put to great use in swatting away the flailing fists of madmen !

An after-show gathering of the cast and playwrite, Talbot Estus, was attended by the party (as they shall now be collectively known) and this proved fruitful as some clues were gathered concerning the books Wanderer durch den See and the King in Yellow. A city called Carcosa was mentioned frequently as was the word or was it a name – Hastur ?

The following day St John Merryweather received a strange letter from a prominent psychologist called Dr Highsmith asking for his assistance in assessing a mental patient in St Agnes asylum whose commital was due for review. The party split up to do some research which resulted in an unsettling newspaper report of a ghastly murder two years previously, the location of a copy of the rare King in Yellow and that Carcosa is believed, by some, to be an alien city that sits in the open star cluster of Hyades within the constellation of Taurus the Bull.

Interestingly Taurus rises in the east in October, peaks in January, and disappears into the west at the end of March. The current month being October means that Taurus is in its ascent…