by Barry Fee
Gaslands, sci-fi
Comments are off 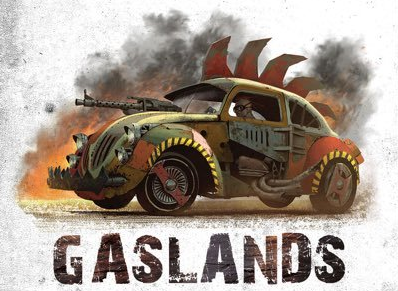 So we have been playing a lot of a new game from Osprey recently called Gaslands. It is a typical Osprey game rules light, fun heavy! It doesn’t let itself get bogged down in realism or accuracy with weapons, car capability, physics or detail. Just lets the good times roll, smash bash and crash and you will have a blast!!

The game set in a post-apocalyptic future blah blah blah! who cares you get to customize and race your old Matchbox, Dinky and Hot Wheels cars. You put Mini guns and a Dune buggy, rocket launchers on a Nissan and Rams on Trucks. Then when your team is nitro ready you blast your way into an arena, or raceway and blow the other teams off the track.

You pick a size and style of vehicle Car, Motorbike, Bus, Pickup etc. Spend points on loading it with all manner of weapons, stick a bit of mesh over the windows and away you go.

Different Scenarios offer victory points for carnage or style. Some even allow you to win by finishing first but who wants to do that when there are cars to destroy!

Dice are rolled which allow you to shift gear, spin round and Slide up to 90 degrees, and you combine all 3 into whacky but fun maneuvers, spinning round to face tailgaters, handbrake turning to unleash a salvo of rockets or drifting next to your opponent to roast them with a heavy flamer!

If you want to run a campaign you can design a team get a sponsor that offers unique perks and weapons. Pay for repairs and keep your team at the top of the Leaderboard. We haven’t started a campaign yet but I can see it is our next step forward. 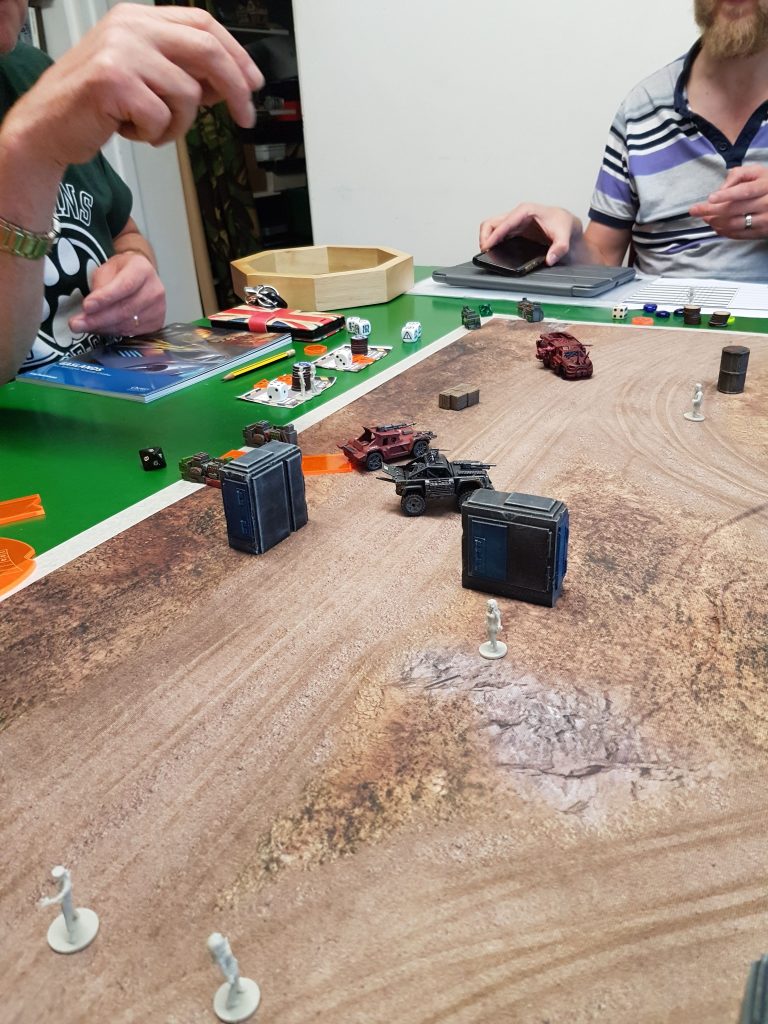 Cars burst onto the Scene from all sides, Guns Blazing 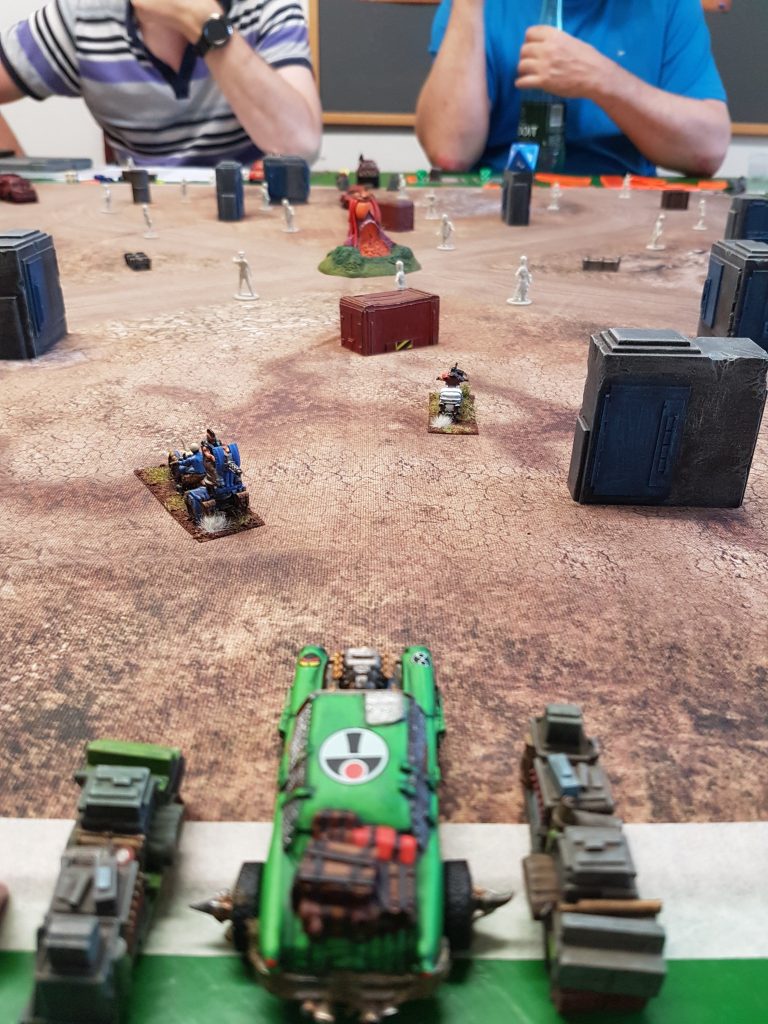 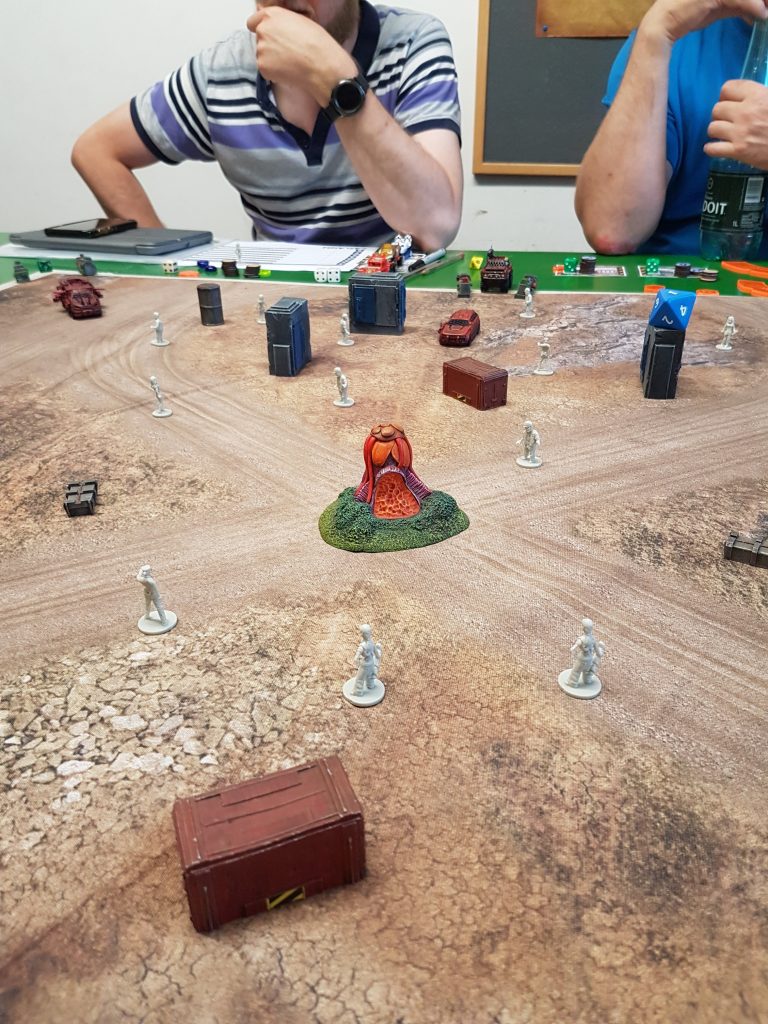 Zombies are on the prowl waiting to be mow down! 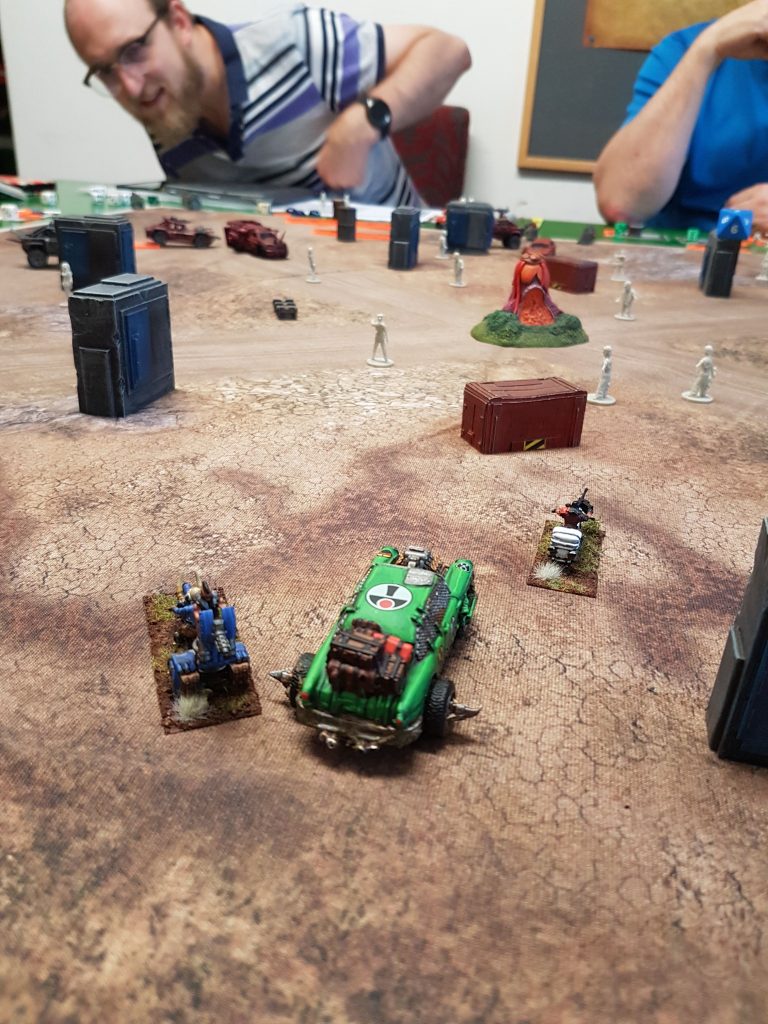 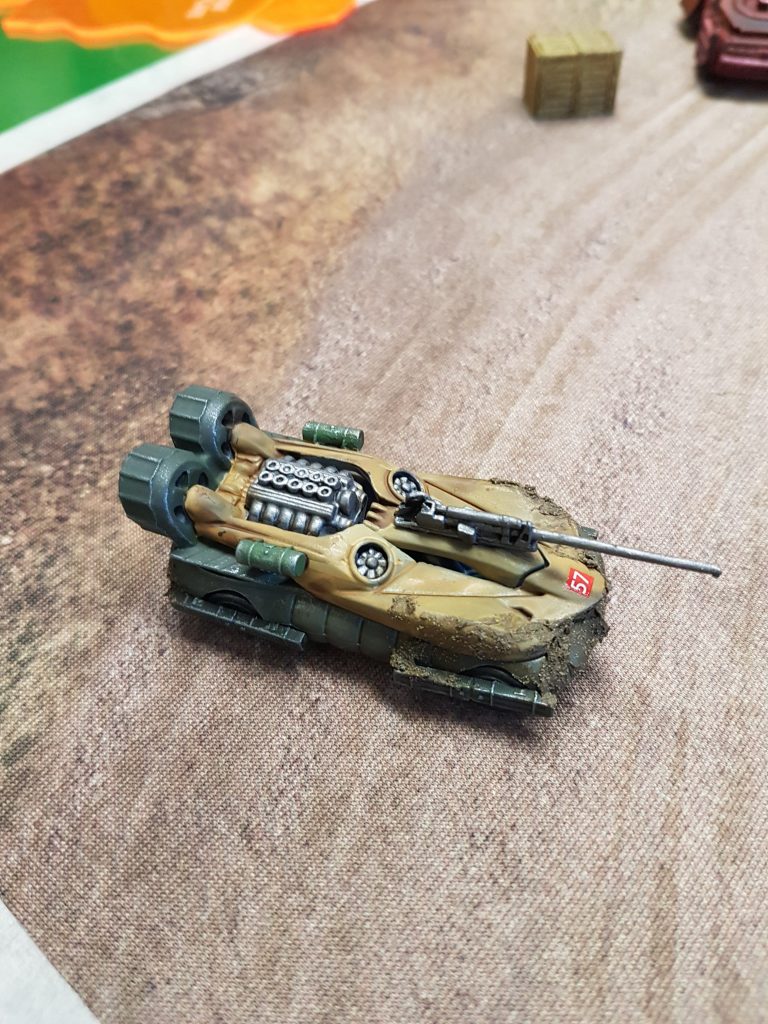 The Hover Car with Autocanon 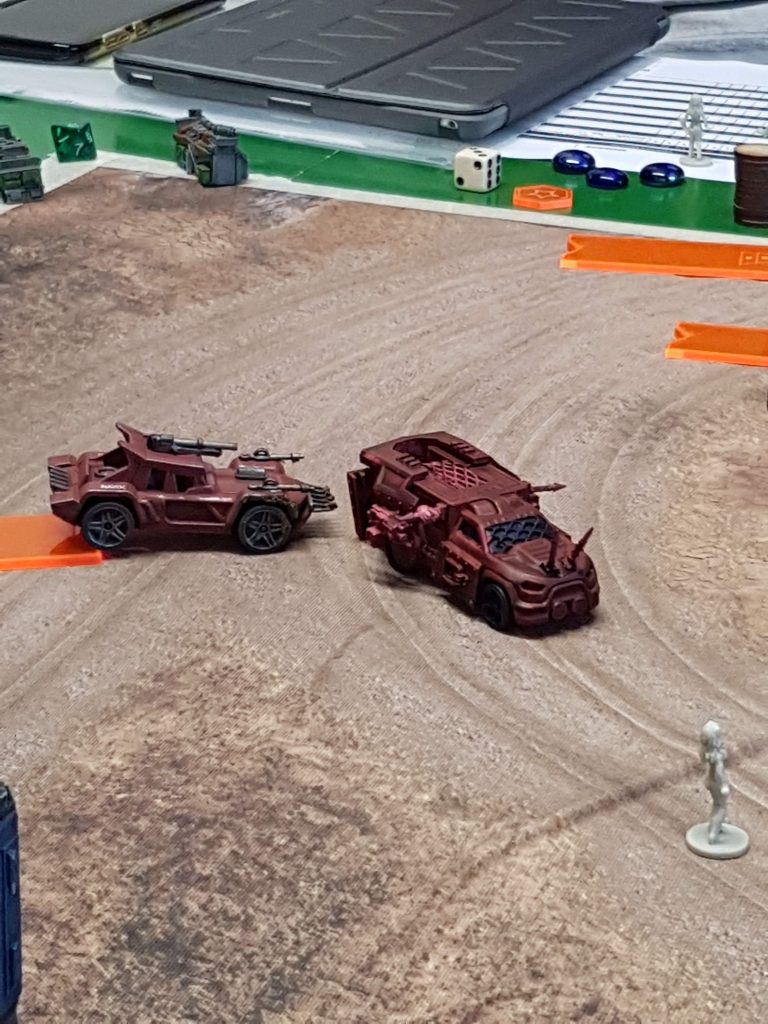 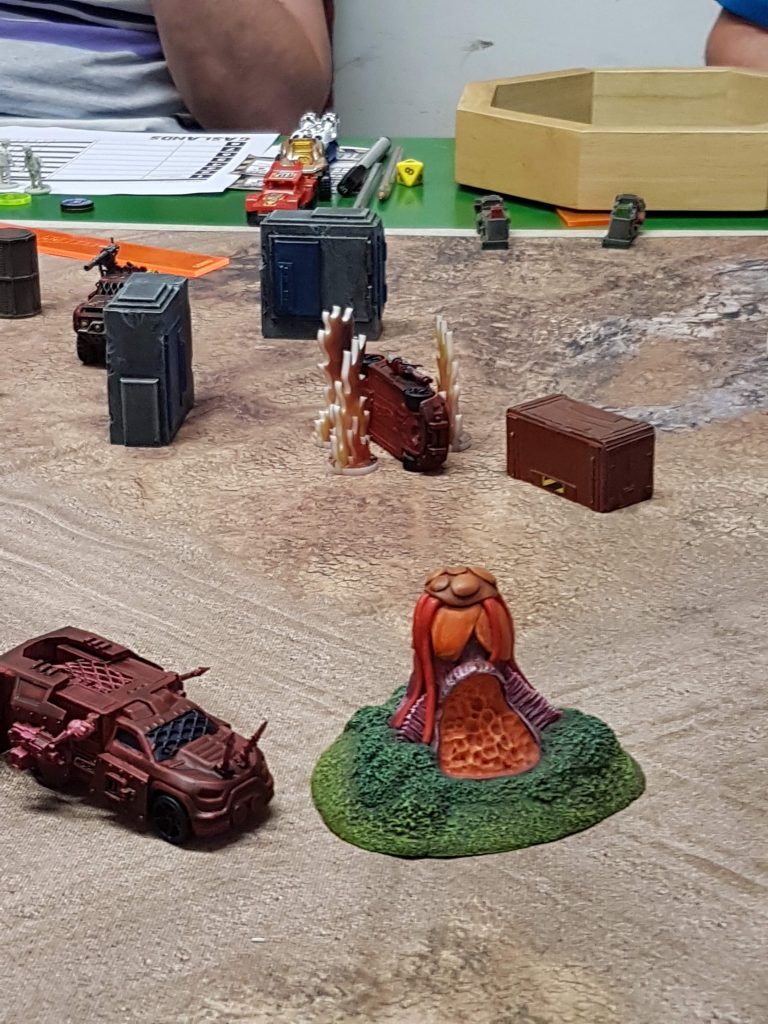 That didn’t go as well as planned! 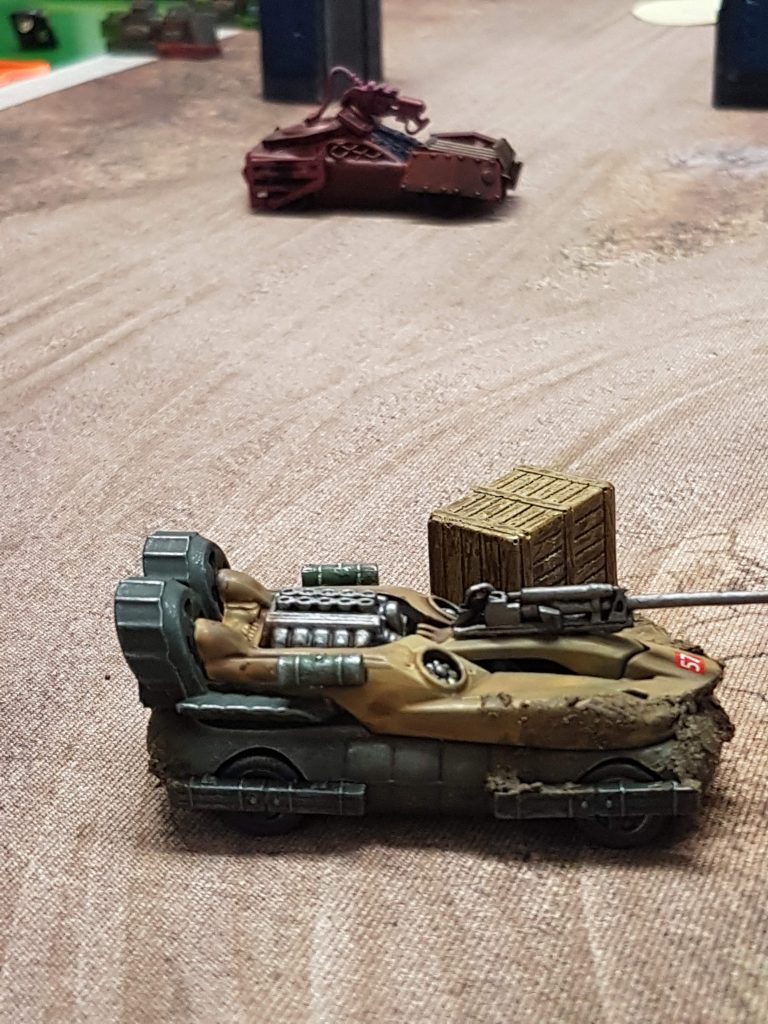 Can I hide bhind this Crate ? answer No! 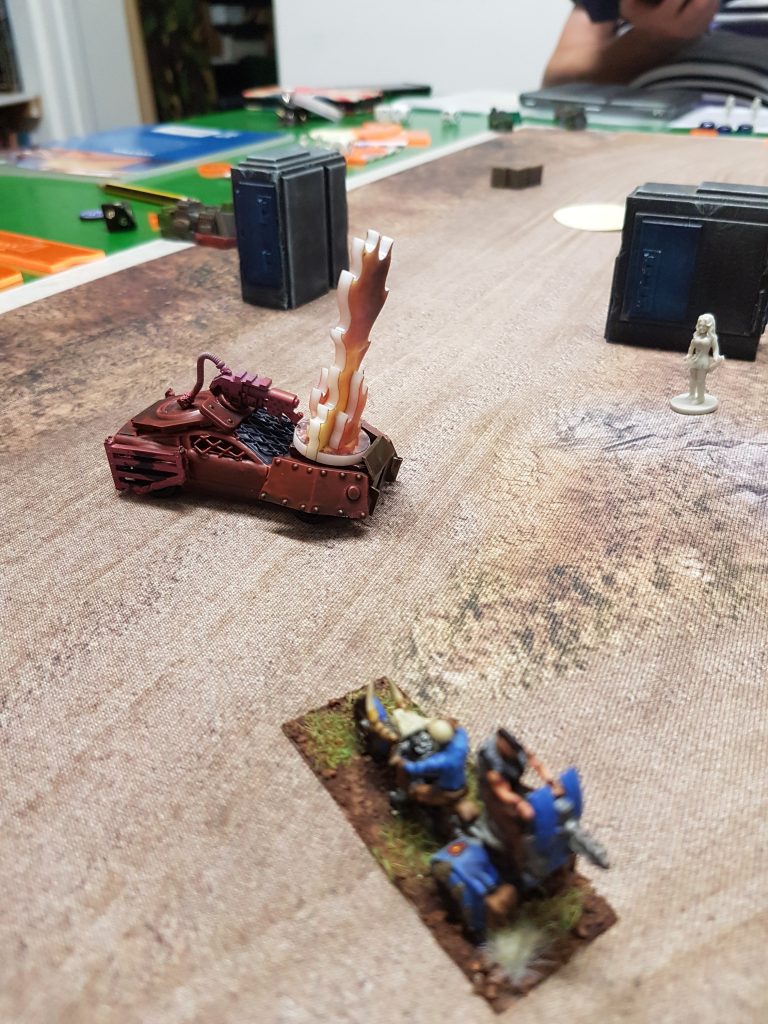 The Bike is effective at dodging wrecks and killing the Undead! 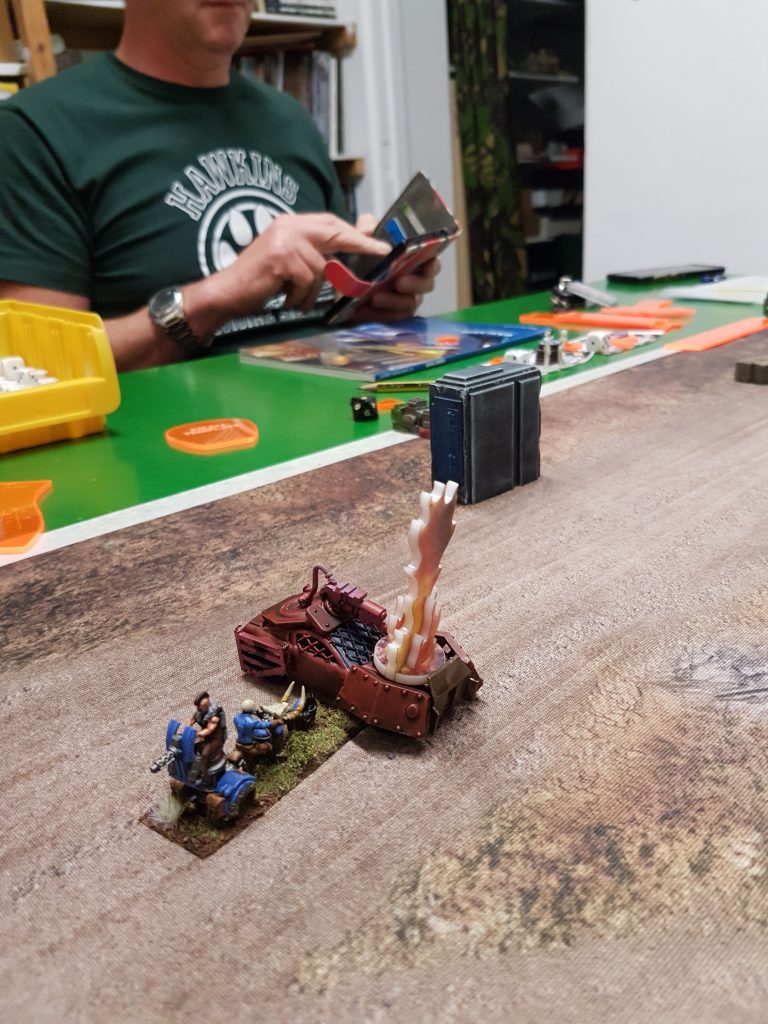 We play a wide variety of single night figure games that include Impetus Song of Ice & Fire Miniatures Game Saga To the Strongest Pikemans Lament Bolt Action Flames of War Team Yankee This is not an exaustive list but a sample of the wide variety of games we play. We are also interested in looking at new games as and when they become available.
Sep
29
Wed
2021
19:30 Wargames Night
Wargames Night
Sep 29 @ 19:30 – 23:00

We play a wide variety of single night figure games that include Impetus Song of Ice & Fire Miniatures Game Saga To the Strongest Pikemans Lament Bolt Action Flames of War Team Yankee This is not an exaustive list but a sample of the wide variety of games we play. We are also interested in looking at new games as and when they become available.
Oct
4
Mon
2021
19:30 Boardgames Night
Boardgames Night
Oct 4 @ 19:30 – 23:00

We play an array of board games from Euro games, co op games, card games and so on the list is endless.
View Calendar
Add