by Barry Fee
Field of Glory, Medieval, Wargaming
Comments are off

We decided to give Fields of Glory a run through. This Rule system is designed for a range of periods including ancients, Medieval, Renaissance, and even Napoleonic.

As this is our first game we choose basic army lists of 560pts.

Two new Wargamers, Phil Crompton and Chris Cheyne joined forces to play the Ordonnance French and the old Grognad himself Mike Willis is playing the Milanese.

Setup took a while  as we had never played this game or even seen it played before, so I ran through the book and the players choose their terrain from a list based on the area the battle takes place in. This particular engagement takes place in cultivated land. This mean we had to have an enclosed field and a Village.

Here are some images from the game 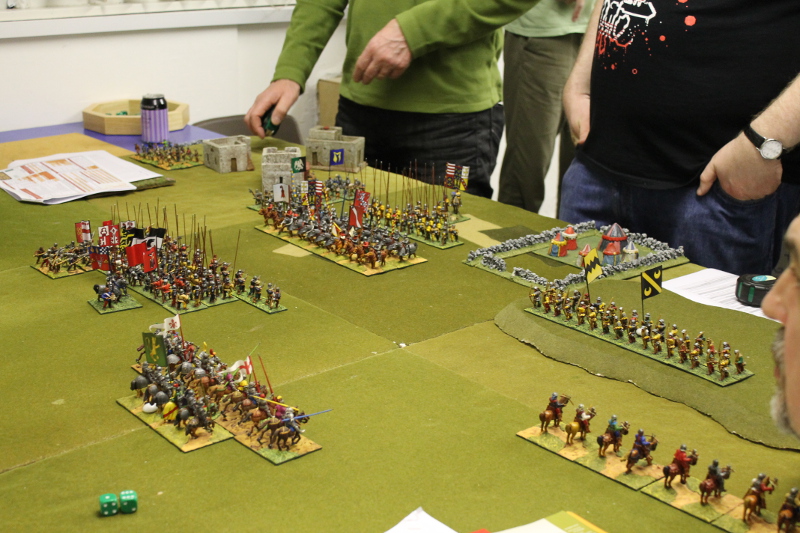 Italians on the left French on the right. French Ordnance Bows took up a good position on the hill facing skirmishing XBow cavalry. Pikes and Knights formed in the centre with supporting Bill men for the French and Hand gunners for the Milanese. Frankish French bows moved slowly through the open fields to the far right of the French Line 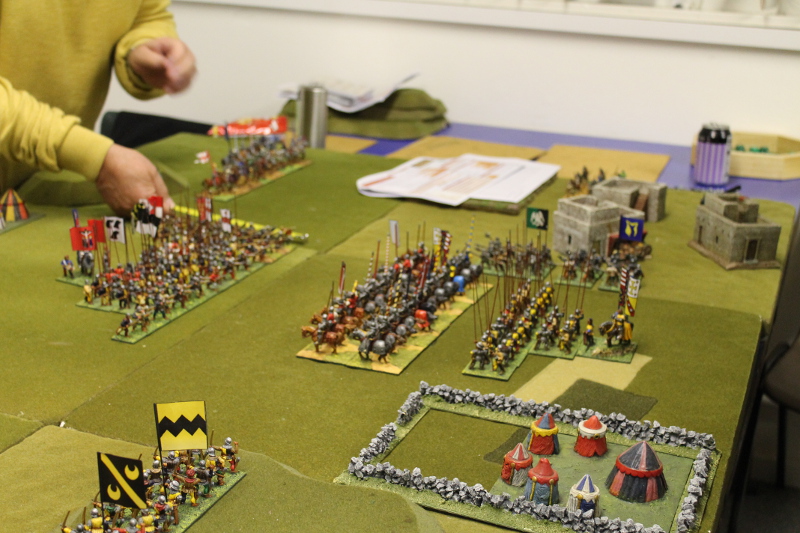 French Knights moved slowly into position in the Centre with a Long Column of Billmen on their flank, supported by Pikes to their rear. Facing them are Hand Gunners backed by la large unit of Italian Knights and well ordered Pike. To the Far left of the Italian position you can see their flank cavalry advancing on the Frankish archers. 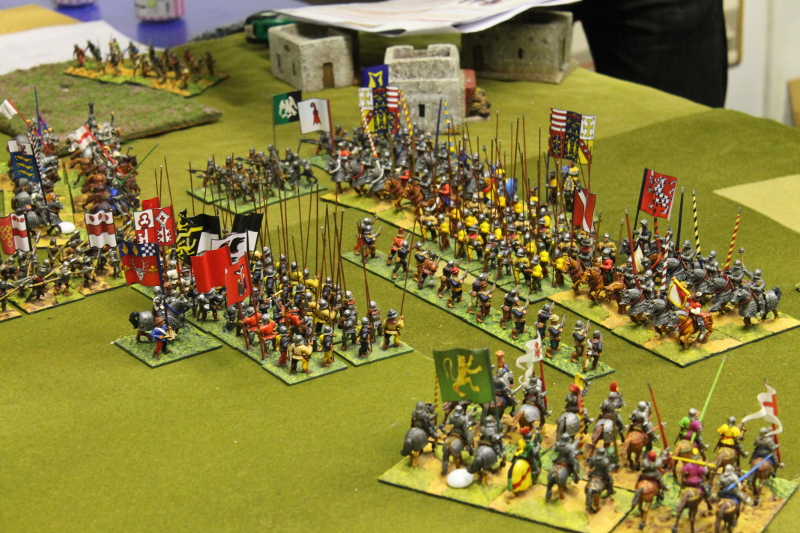 The Italian Knights prepare for a frontal charge against the column of Billmen, who they subsequently ride down. While the centre lines draw close. Italian Hand Gun fire is not strong enough to worry the Swiss Pikes or French Knights but does slow down their advance. 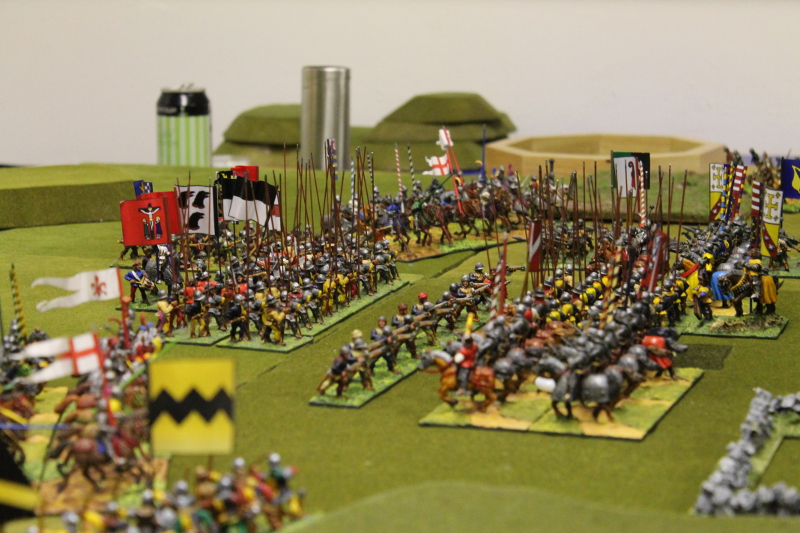 A side shot of the Centre as both sides prepare to enter combat!

Phil and Chris’s Billmen are disordered with a base dying after the Milanese Knights charge them and are then Fragmented in the following Melee phase. It does not look good for them at the moment.

The French Longbow manage to form on the flank of a unit of Italian knights but the size of the knights unit and bad dice rolling from the French mean nothing happens to them, but a possible charge may change that.

The second French Longbow unit drives the Mounted Xbows back in disorder and is looking to rout them off the table with weight of arrow fire!

More to follow next week as we get into the nitty gritty of battle!