Battle of Magnesia 190 BC – refight

A re-fight at St Helens Wargames Society in 2014. 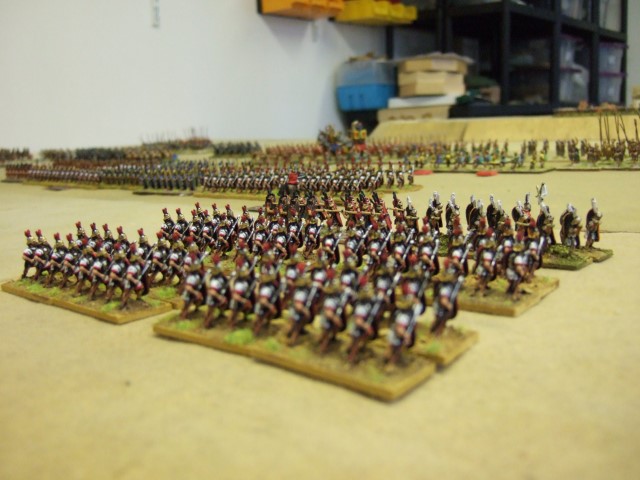 The legion of Scipio Asiaticus. This Legion skilfully managed to avoid most of the fighting!

The Deployment:  Both side deployed in a semi historical fashion. 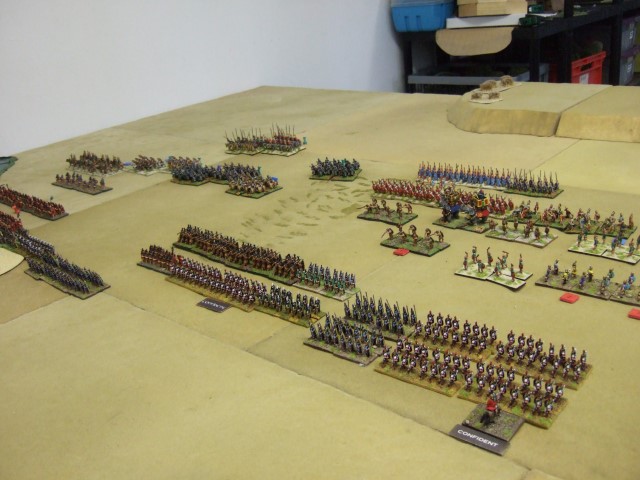 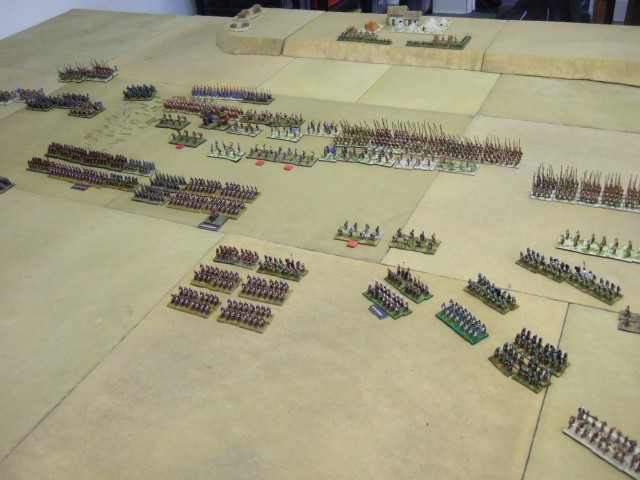 Roman Centre, Pergamene Thureophoroi can be seen in the bottom right. 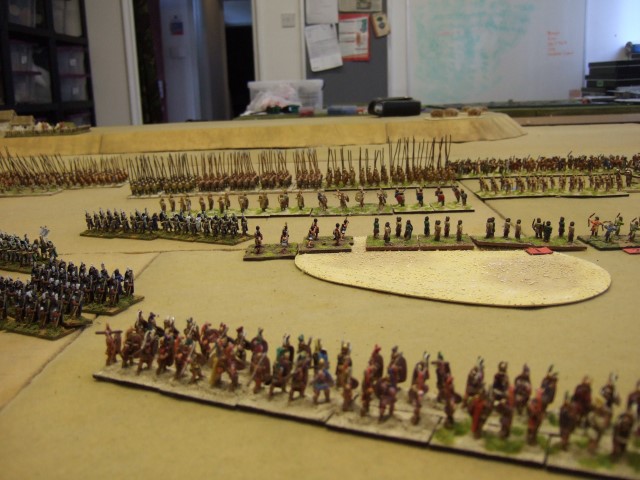 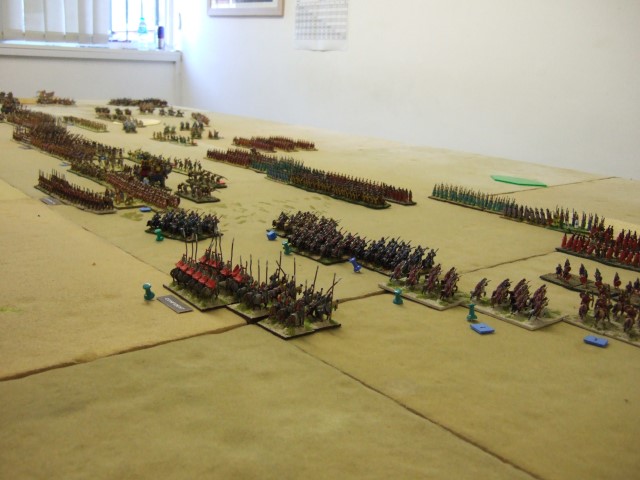 Looking from the Seleucid Right flank. Antiochus and the Agema Cavalry bringing up the rear. 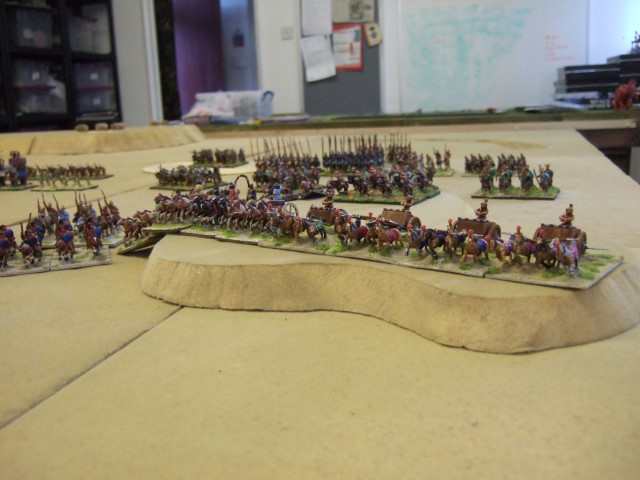 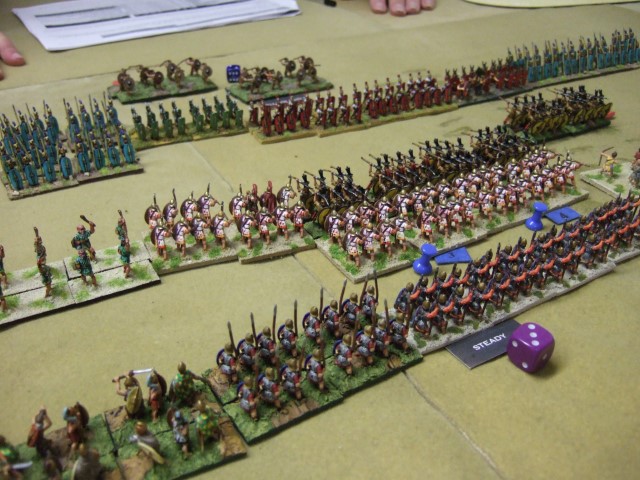 Roman Hastati get stuck in to the Seleucid Thureophoroi and give them a good kicking. 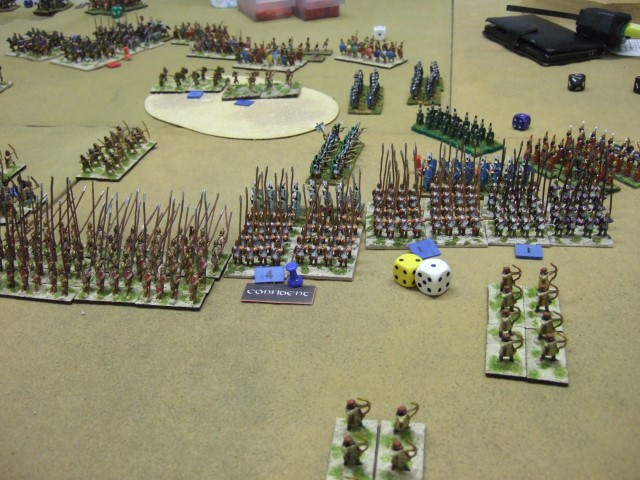 Domitius’s Italians are performing pretty manoeuvres in front of the Seleucid Phalanx, maybe not a good idea? 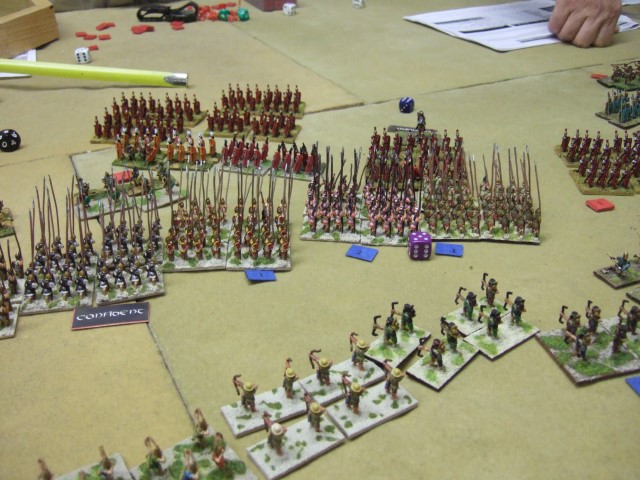 The Argyraspides double up on a Hastai unit and drive it back. The Romans are being picked off peace meal at this point. 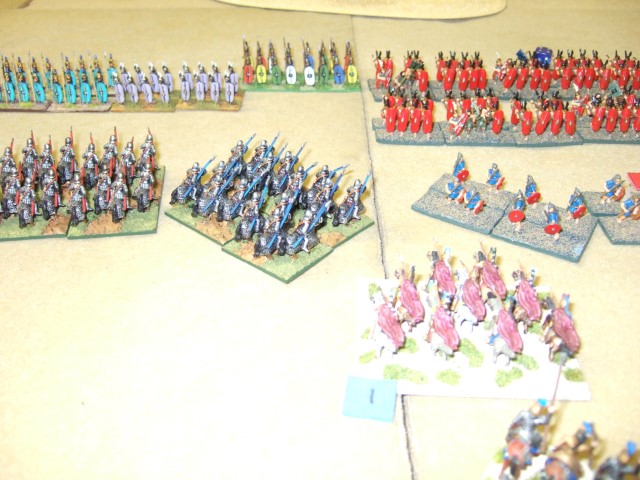 Antigonus finally finds his courage and orders his cavalry forward… will it be too late for the right flank? 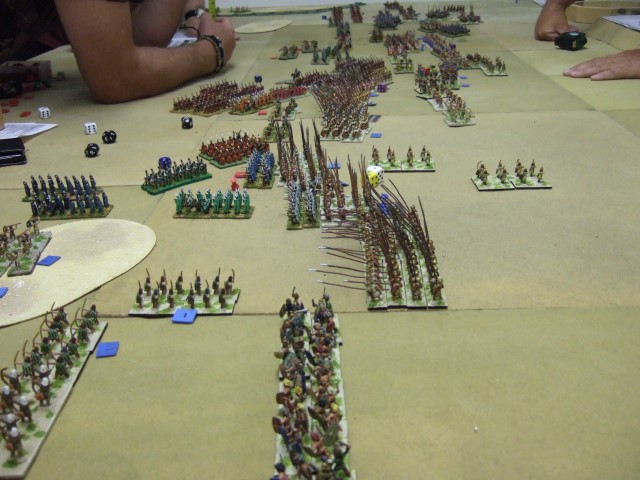 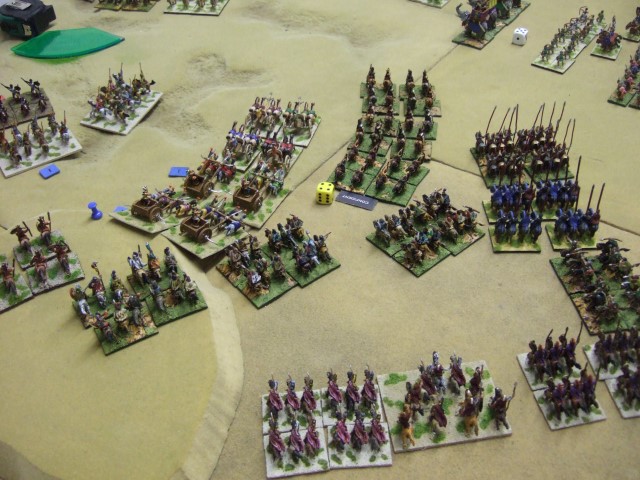 The Scythed Chariots having still not fought, wheel to their right to avoid the rough terrain and threaten the Roman right flank. They are supported by 16 units of fresh cavalry… 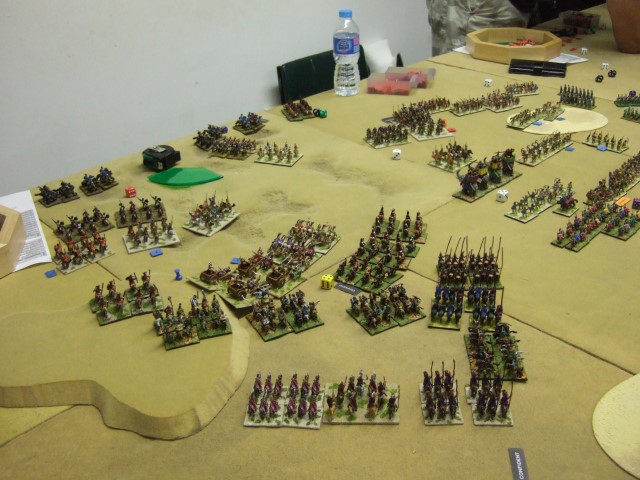 The objective for the Seleucid Left is in sight … a giant water tower! Meanwhile the left flank Elephants are thundering towards the cowering Pergamene cavalry. This could/will get nasty. 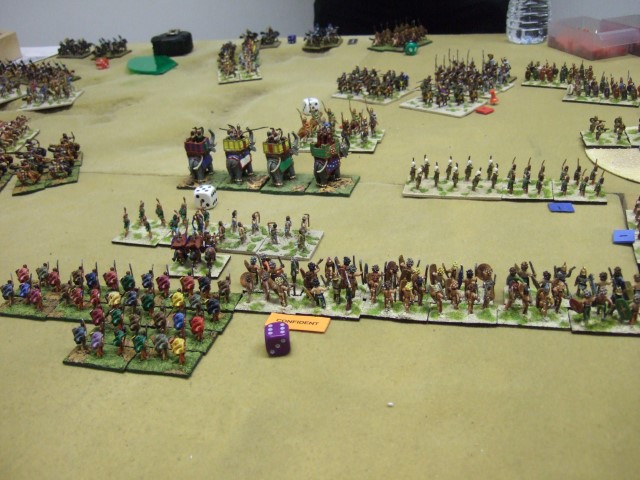 Just when caution would be the order of the day, the Pergamenes under Eumenes II become aggressive and their cavalry move out to meet the Elephant threat…. ooops!

This proved to be a very hard fought and balanced fight.  The Seleucids won but it was very much a Pyrrhic victory.  The Roman deployment put too much weight on their left flank and as a result their right was swept away by the Seleucids.  The Centre was initially going the way of the Seleucids but the number of replacement Roman/Italian units were beginning to out manoeuvre and wear down the Seleucid Phalanx.  On the Roman left Graccus’s Romans crushed the Thureophoroi and drove them from the field.  Only the constantly manoeuvring cavalry of Antiouchus held up the Roman left from wheeling right onto the Phalanx’s flank.

I would like to try fighting Magnesia again with a free deployment for both sides.

Gloomhaven is a game of Euro-inspired tactical combat in a persistent world of shifting motives. Players will take on the role of a wandering adventurer with their own special set of skills and their own reasons for traveling to this dark corner of the world. Players must work together out of necessity to clear out menacing dungeons and forgotten ruins. In the process, they will enhance their abilities with experience and loot, discover new locations to explore and plunder, and expand an ever-branching story fueled by the decisions they make. This is a game with a persistent and changing world that is ideally played over many game sessions. After a scenario, players will make decisions on what to do, which will determine how the story continues, kind of like a “Choose Your Own Adventure” book. Playing through a scenario is a cooperative affair where players will fight against automated monsters using an innovative card system to determine the order of play and what a player does on their turn. Each turn, a player chooses two cards to play out of their hand. The number on the top card determines their initiative for the round. Each card also has a top and bottom power, and when it is a player’s turn in the initiative order, they determine whether to use the top power of one card and the bottom power of the other, or vice-versa. Players must be careful, though, because over time they will permanently lose cards from their hands. If they take too long to clear a dungeon, they may end up exhausted and be forced to retreat.
Feb
25
Tue
2020
08:52 Board Games / Skirmish Games
Board Games / Skirmish Games
Feb 25 @ 08:52