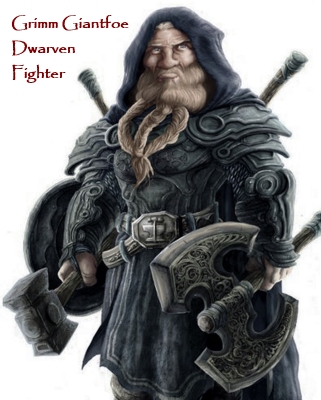 Grimm’s Home was destroyed when a Giant Clan crashed through the hills in Sterich and broke down the doors to the towns wooden wall. Most of the village was destroyed with only a few survivors, now that Grimm is safe he has had time to consider his options, one of which, to return to the Giants and bring down their homes as they did to his.

Since this happened Grimm has become an Axe for Hire a mercenary willing to sell his services to the highest bidder.

Most of his time has been spent as a guard or mercenary working for scared merchants or nobles on the borders with Geoff and Sterich.

His method of attack is to close with his Axe and start swinging but he always has is Warhammer in hand to throw before he engages, then swaps to Shield as the closes for the kill.

He loves Nuts and Raisins and will always be found nibbling on them when not fighting. He has a pound of them on his person at any one time. 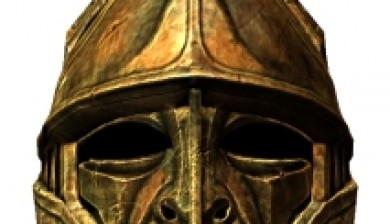 When this helm is viewed, it is indistinguishable from a normal helmet. However, detection reveals i
Read More