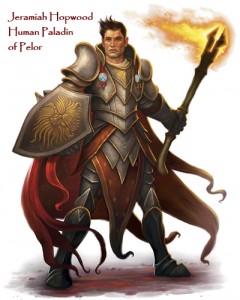 Jeramiah Hopwood comes from a poor working family. He is the third and last child, the gap being considerable that his parents were quite aged when he was born.

His parents were poor farmers who tilled tithed lands and grew mainly corn and wheat crops.

The lands belonged to the church and the rent was considerable. So much in fact that the family could never rise out of its poverty.

The yearly increases took their toll and forced Jeramiah Father to seek an audience with the bishop to make a plea for clemency. The bishop however had him flogged for his greed and wantonness. Jeramiah’s father never truly recovered from the beating nor the shame and soon died. His heartbroken mother, with her will to live shattered, quickly followed.

With his elder siblings long gone into the world Jeramiah could not work the land alone and so with an empty heart and no other choice he took a position at the bishops residence in the house of Pelor.

Here he saw wealth and gluttony – all siphoned from the tithes placed on his and many other families. Outraged he took up arms and swore to kill the bishop but at the last moment  a vision from Pelor appeared to him, forbidding Jeramiah to take life. Instead he was instructed to go forth and spread the true words of Pelor – compassion, humbleness, forgiveness and light. 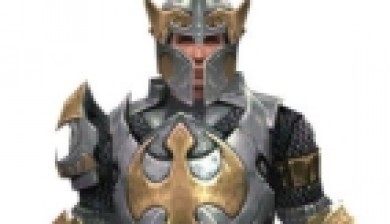 For each +1 bonus to armour, regardless of the type of armour, the wearer’s Armour Clas
Read More 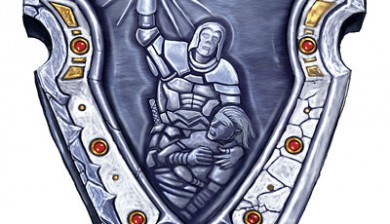 For each +1 bonus to armour, regardless of the type of armour, the wearer’s Armour Class moves
Read More